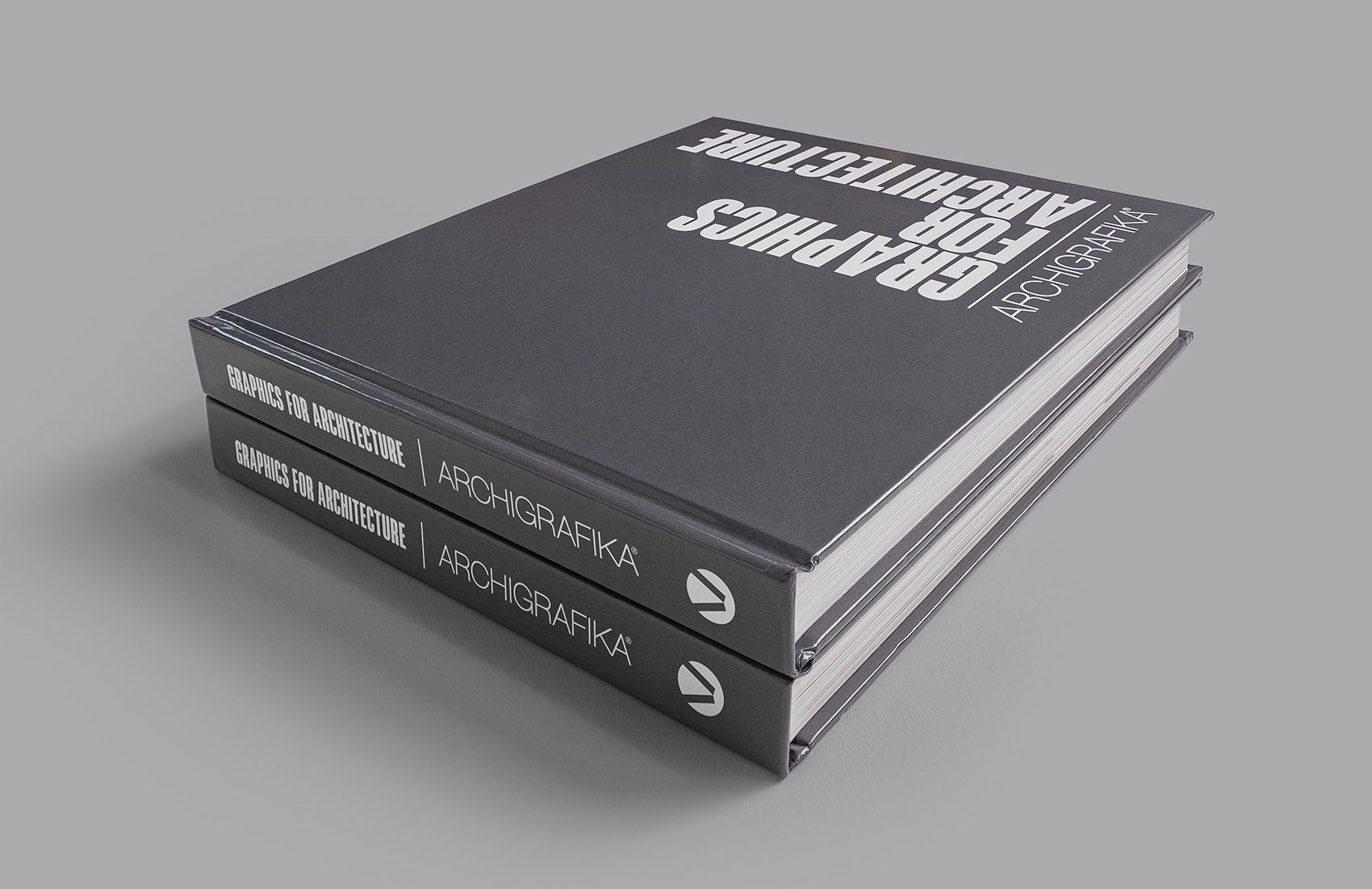 Written for the industry and the architectural graphic company Archigrafika’s clientele, Graphics For Architecture is a New Yorker coffee table must-have. Growing up in NYC, the author, Michael Gerbino, writes a personal preface that gives you a glimpse of what it was like to inhabit and work in the city in the ’80s as an artist/architect. His descriptions of his childhood haunts transport you there, and the book contains many photographs and details of his “old neighborhood,” early projects, and personal pieces. He has received praise for his endearing personal stories woven into the pictures presented. This book is a compendium of a lifetime body of work to date and what has become known as the present-day company Archigrafika. The firm specializes in making architectural graphics functional works of art… 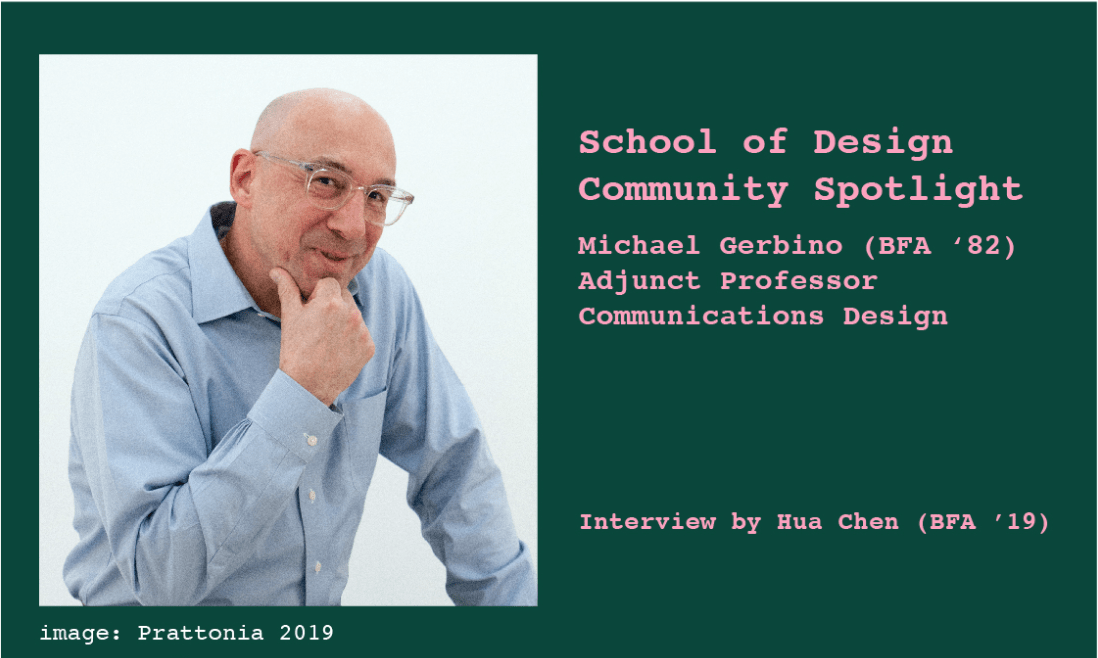 We do lots of identity projects for buildings and interior spaces that include supergraphics, photography, and signage. Presently we are designing graphics and way finding systems in Bermuda, Toronto and Los Angeles for two insurance companies. We are also working on our second book, 20 Years of Calendars—Street Scenes and People: Photographs by Michael Gerbino, a collection of the desk calendars we have sent out every year since 2001.

‘Graphics for Architecture,’ A Book by Archigrafika

And if it looks good, that helps too.

“It communicates in so many different ways,” says the adjunct professor at Pratt Institute, his alma mater. “If you’re in the subway looking for a train, it helps you – or if it’s an album cover for the Beatles it gives you joy to look at, while it tells you whose music it is.”

It might also announce a radical new idea – like John Lennon’s and Yoko Ono’s bold and striking billboard from 1969, plastered across 12 cities around the world.

“It said: ‘War is Over If You Want It’ in a simple typeface,” he says. “But it was a powerful graphic design communication – and it’s still effective today.” 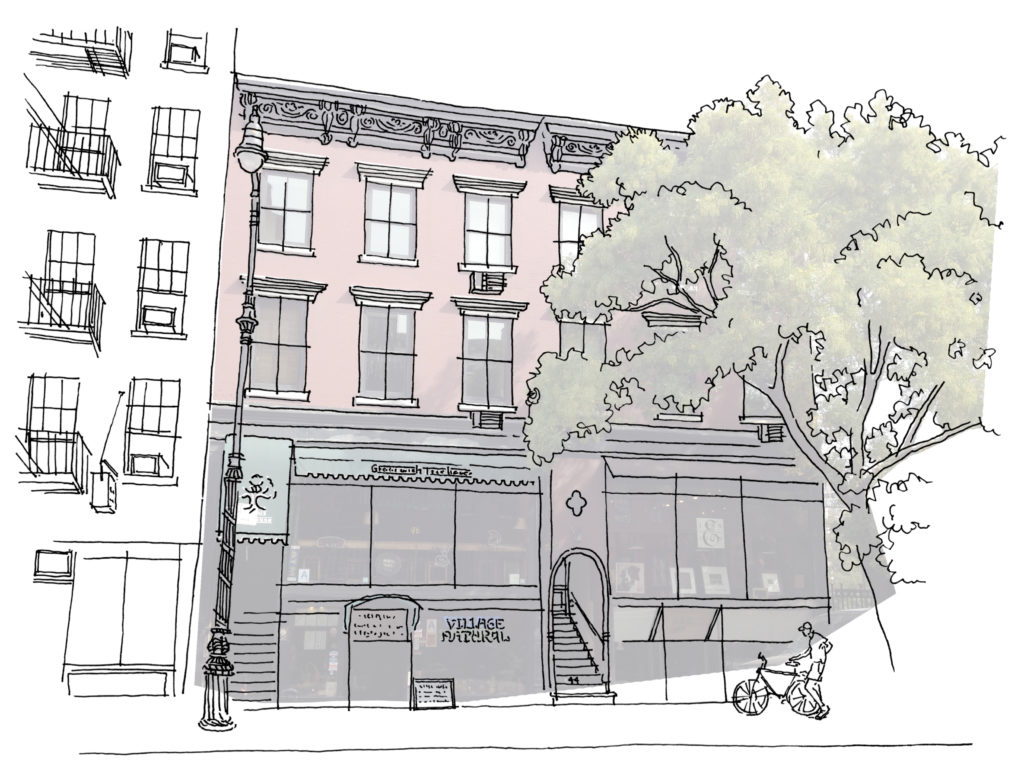 If you get GVSHP’s monthly program brochure in your mailbox, you may have noticed something different the last few months. We’ve got a whole new look! The programs brochure went through a little makeover this summer, and we’ve got Greenwich Village-based design firm Archigrafika to thank for it…